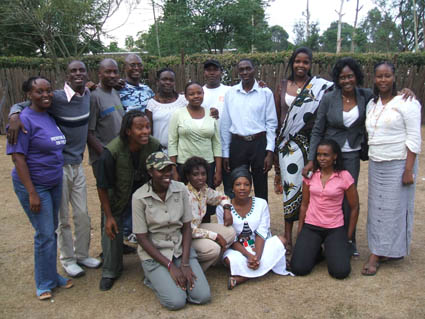 n the spacious and comfortable Wilnag Studio. Our core cast members for the English and Swahili versions came from a local theatre group, The 5 Centuries or 5C's for short. Since their group is smaller than the cast of characters inCrossroads, CMFD contracted them to enlist, audition and cast additional actors. Several of the cast members are puppeteers from the Community Health and Action Puppeteers (CHAPS). Both groups use entertainment-education techniques to raise awareness about human rights.

For the recording in Maputo, CMFD worked with the Hopangalatana Cultural Group, a well-known local theatrical troupe with whom we have a long-standing relationship. Hopangalatana uses entertainment-education to raise awareness about various issues in Mozambique. The group has also voiced our other Portuguese-language radio dramas, Troco and Vila Pisa Bem. The drama was recorded at Uamba Studio.

Organisation for the French recording was assisted by FAHAMU Dakar. Cast members came from FEST'ART, a well-known group of voice and theatre actors based in Dakar. Their work focuses on social development issues, and uses participatory techniques to educate around issues such as health and rights. Recording took place at the studio of local NGO Réseau Africain de l'Education pour la Santé.
The Music

English/ Swahili theme song
While in Nairobi, we took the last few days at the studio to compose and record the basic tracks for the theme song, as well as write and record the lyrics. We had the opportunity to work with three versatile and talented artists, Erick Désiré Buchumi on bass and guitar, James Jose on drums and Maia Von Lekow on vocals. Crossraods cast member Lydiah Dola was also involved in developing the lyrics. Additional instruments were added in our Johannesburg studio. 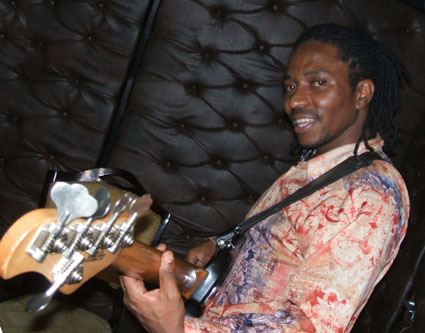 The theme and lyrics for Caminhos Crusados were composed and recorded in Maptuo during a live session by the Mozambican group Eyuphuro, well-known both within Mozambique and international World Music circles. Eyuphuro also recorded the theme song for Vila Pisa Bem. Trumpet tracks were added to both themes in CMFDs Johannesburg studio.

French Theme
The basic tracks and lyrics for Les Pistes Croisées' theme song were composed and recorded in Dakar. Music was composed by Baye Mahamta Diop and CMFD director Daniel Walter, and involved a number of talented local musicians. Trumpet tracks were added to the theme in our Johannesburg studio.