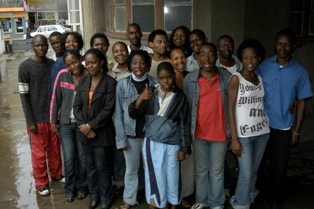 In order to acheive the best result, and to make sure that cultural references, local accents etc., were correct and included in the story, CMFD recorded Dealers and Troco on location in Zambia and Mozambique. We bought our mobile recording equipment and partnered with local studios for recording venues.

From 9 – 19 December 2007 CMFD travelled to Lusaka, ZambiaDealers. Recording was done at a local recording studio, Chilize Sounds Systems Corporation Limited, and involved an all-star cast including well-known radio personalities and television actors. The 10-day recording session, though intense, was a great experience for all of us. to record

After a short break for Christmas holidays, CMFD hit the road again in January 2008 to record Troco with the Hopangalatana Cultural Company. Recording took place at Uamba Studios in Maputo. The week-long session proved to be a great learning experience for group who, being stage actors, had to quickly adapt to the conventions and techniques of recording for radio. 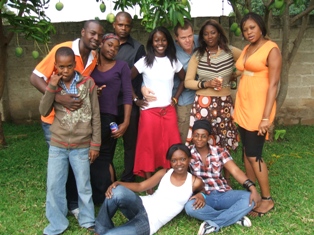 You can learn more about Hopangalatana's work by visiting their blog.

In Zambia, CMFD had the opportunity to work with some of the country's stars of screen, television and radio, including Mainza Chipenzi, Linah Zulu, Kangwa Chileshe and "Peaches" Mufungulwa.

The voices behind the theme songs

To record the musis for the theme songs, CMFD brought artists from Zambia and Maputo to our recording studio in Johannesburg. As with our actors, we had the opportunity to work with two very talented women who gave a haunting depth to the lyrics.

Lily Tembo (Aka) Lily. T. was born on 20 November 1981, in a small town called Kabwe in central province of Zambia. She did her primary in different schools and later her secondary school at Kabulongar Girls. She went to Verlyhone College of applied arts and trained as a journalist. She then went to pursue a degree in mass communication at Monash University. Lily have two albums to big credit, the first called Mvela (meaning listen) and the second being a self titled album. She has won several accolades for best videos, best female artist and best female performer. Lily is a goodwill ambassador for the United Nations on the Millennium Development Goals campaign; she is currently campaigning a goodwill project on malaria, HIV/AIDS and tuberculosis.

Anita Macuacua lives in Maputo, where she is an accomplished performer and recording artist.

Megan Godsell is a writer and a director for sirien film and radio. She graduated from Wits University in 2005 with a Ba Dramatic Arts. She currently runs her own theater and film production company. Mergan worked on the CMFD/ABC Ulwazi “Jabulani” project in 2004 as a scriptwriting workshop facilitator. She is in production with her short film Valentine and her play “why we left.”

NomaNomahlubi Mangele is a writer and an actor. She started acting when she was 15 years old.

Her interest is in social development. This was her first project with CMFD.